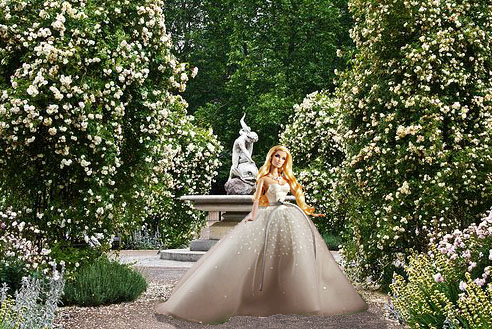 The topic of "holy grails" came up in conversation the other day, and I thought about how I was way past due in updating everyone on my search for the holy grail, Poesie sans Couleur Vanessa Perrin. My original idea had been that I would document my search for this "holy grail." I thought finding her would be at least as long, drawn out, and difficult as finding Optic Verve Agnes had been. I thought people might find it interesting to go step by step through the process with me. With Agnes, I had many disappointments, several near misses, lots of frustration, and one seller who seemed to try and force me into buying her for a price that I thought was ridiculous (she has since sold for more, but I digress). Finding Poesie didn't actually take me all that long. Within a week or so of making my blog post that I was looking for her, I got an offer from someone for a nude Poesie, with hair that had been taken down and straightened. The price was right, so I went for it. Once she got here, I sent her to a friend who does amazing things with hair, and he returned her hair to factory-fresh perfection. He had quite a lot going on at that point, so that part took longer than actually acquiring her. But eventually, she got back to me, by which time I had acquired her fashions (except for her lingerie -- I'm not a huge lingerie person) and jewelry.

I am incredibly happy to have this doll in my collection, even if just from a Fashion Royalty historical standpoint. She was one of the coveted “Atelier” gift sets, and is still considered one of the "holiest" of grails in FR Land. She was also the first of the very few bridal dolls FR has done.

She has a rather dramatic makeup palette, but is still surprisingly versatile when it comes to redressing.

Poesie sans Couleur was a Fashion Royalty exclusive for Fashion Doll Quarterly magazine, with an edition size of 500. The lottery to purchase the gift set was only open to subscribers of FDQ. Keep in mind that this was still in the relatively early days of the internet. An application to enter the lottery was included in the magazine, and had to be filled out by hand, and mailed in to the magazine. That’s the kind of mail that requires a stamp, a postal carrier, and days (or depending on where you were in the world, weeks) for said application to arrive and be processed.

But, I’ve been told that the collecting world was a kinder, gentler place in those days, and the pool of collectors was much smaller. At 500 dolls, most of the people who wanted a doll got her (so I’ve been told), and the people who entered to win a doll would actually have sold a vital organ to actually have and keep the doll. That is to say, people did not enter simply for the resale possibilities.

I have never actually seen a NRFB Poesie, and had the exhilaration of opening that box, peeling back the paper, and uncovering the treasures that lie within. I debox and play with all my dolls, but nothing quite compares to that initial experience. It would be a dream come true to one day have a NRFB Poesie of my own, that I could open up and peer at her untarnished perfection. But my good friend, Brent Adams, actually has such a treasure, and was kind enough to share with me (and us) so we can see a little of what it was like for those lucky 500 who won Poesie. I’ve included Brent's photographs here, as a slideshow, so you can experience the “opening” for yourself.


I learned something from seeing Brent's pictures -- I didn't realize that the set came with two sets of shoes! I only have one. I guess there is something else I need to find!

I named this Vanessa "Kristen," after Eileen Davidson's character on Days of Our Lives, Kristen Blake DiMera. I didn't realize when I named her, that Kristen was a psychotic killer. I hadn't been watching DAYS when Kristen went off the rails. It's only now, that she's come back to DAYS that I've caught up with that character's history. I almost feel kind of guilty for naming a Vanessa after such a villainous character -- my Vanessas and Veroniques all tend to be pretty nice. But hey, Eileen Davidson is beautiful, and I'd already named a doll after her Young & Restless character, Ashley... 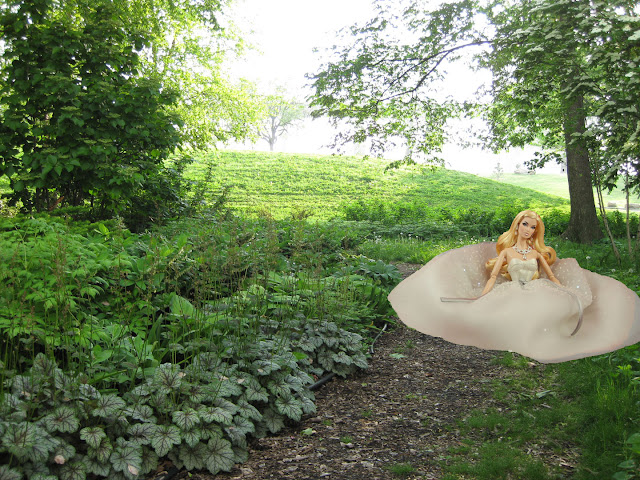 Posted by The Divergent Adoptee at 12:39 PM

I'd love to hear what you think!

An in-depth look at my Fashion Royalty collection, one doll at a time. With what will hopefully be interesting facts and stories about each doll, and how they fit into the Fashion Royalty universe.